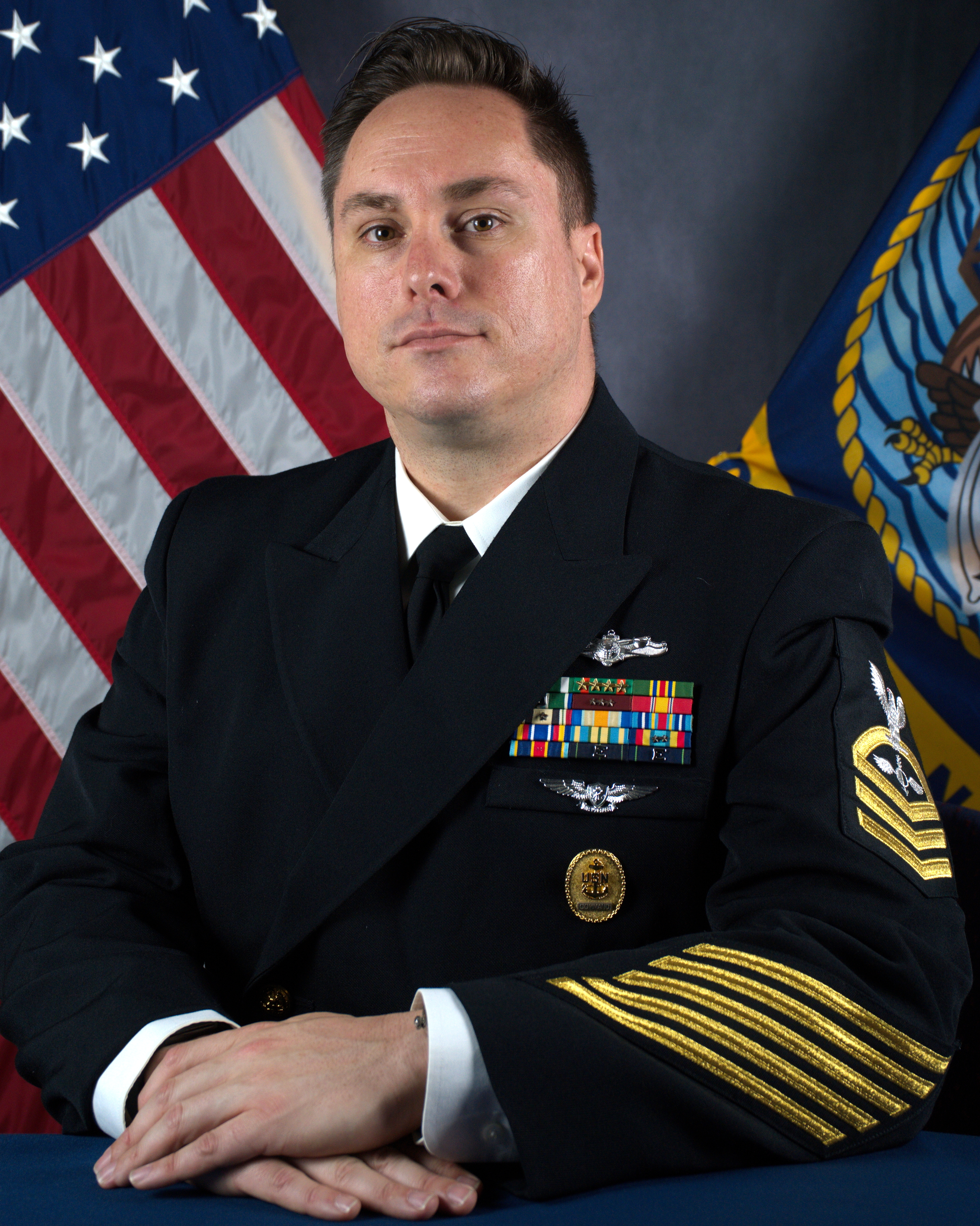 Chief Gee is a native of East Hampton, New York. He enlisted in the Navy in 2003. Upon graduating from AG “A” School from Keesler AFB, Mississippi, he reported for duty at Mobile Environmental Team San Diego, California from 2004-2007 where he provided Meteorology and Oceanography (METOC) support to U.S. Third Fleet units. He deployed on USS Curts (FFG 38) in support of Counter Drug Operations qualifying as Enlisted Surface Warfare Specialist (ESWS).

In 2005, he was hand selected to be assigned to the Naval Special Warfare Group One METOC unit where he deployed with SEAL Team Three to Iraq in support of OPERATION ENDURING FREEDOM AND OPERATION IRAQI FREEDOM. During his time assigned, he qualified as NSW METOC Technician at the Mission Support Center and as the RQ-11 (Raven) Unmanned Aerial Vehicle (UAV) operator.

From 2017 to 2020, Chief Gee reported aboard Naval Oceanography and Anti-Submarine Warfare Center, Stennis Space Center, MS. Just newly reported aboard he already qualified as Master Oceanographic Forecaster and Naval Oceanography ASW Team Lead. AGC and his team were assigned to DERSON TWO THREE and successfully completed FST-M and COMPTUEX, and are currently deployed aboard the USS Theodore Roosevelt (CVN-71) in support of Operation Inherent Resolve.

Chief Gee is happily married to Marta M. Gee of Panama City, Panama and they are the proud parents of their only daughter Jaslinne Gee (11yrs).