Regional charts and associated synopsis write-up capture ice and environmental conditions throughout the Arctic which are based on the U.S. National Ice Center’s weekly analysis. Charts and synopses are updated weekly on Fridays. Note: Baltic Sea analysis is provided by the Finnish Meteorological Institute. The Canadian Archipelago (Canada East, Canada North, Canada West, and Hudson Bay) analysis is provided by the Canadian Ice Service. 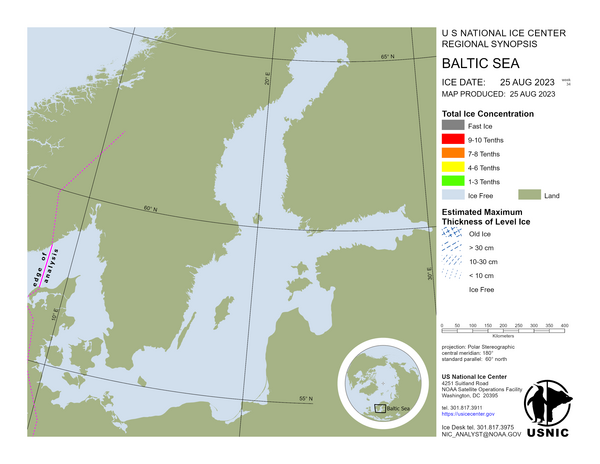 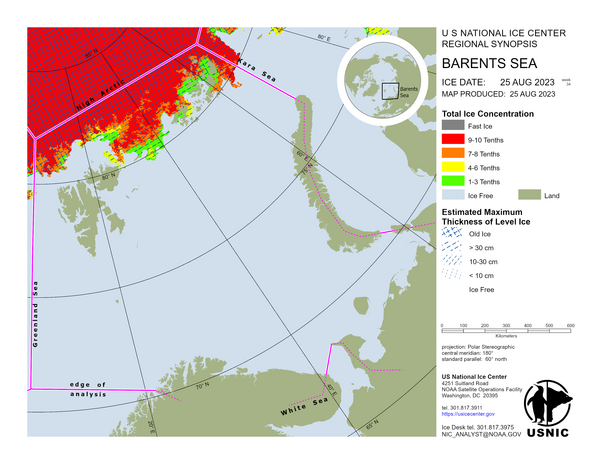 Slight movement in the pack ice since the previous analysis generally to the west and southwest. New and young ice growth along the pack ice has extended south approximately 40NM in the Barents Northwest, and up to 90NM in the Barents Northeast. Fast ice within Franz Josef Land has expanded in coverage. New and young ice has begun forming along the coastal areas of Svalbard. 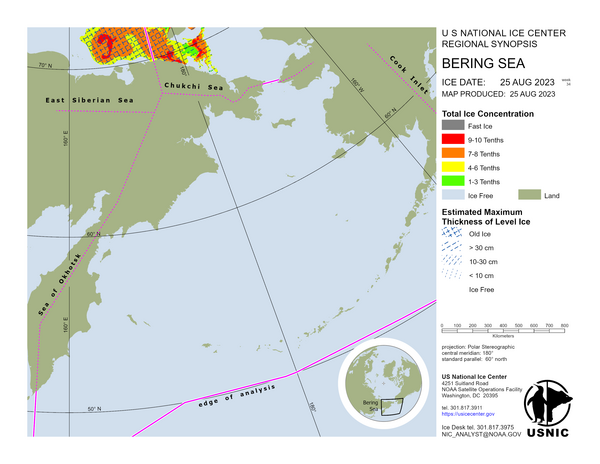 Cyclonic activity and warmer temperatures stunted ice growth. A few areas of ice in northern sheltered regions have developed into young ice, while most areas remain covered in new ice. 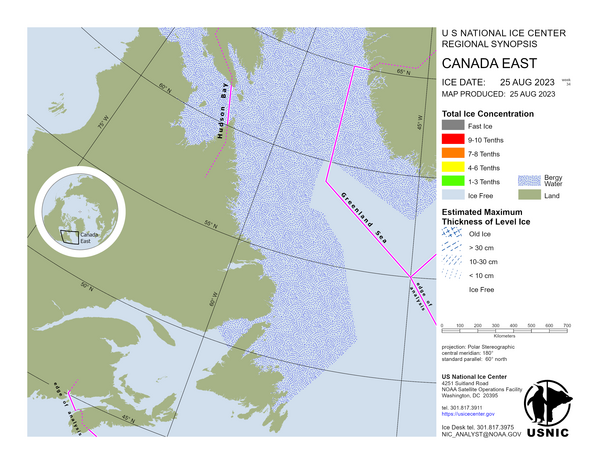 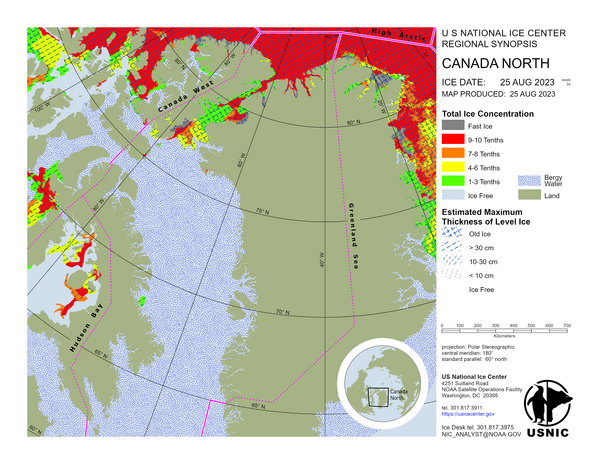 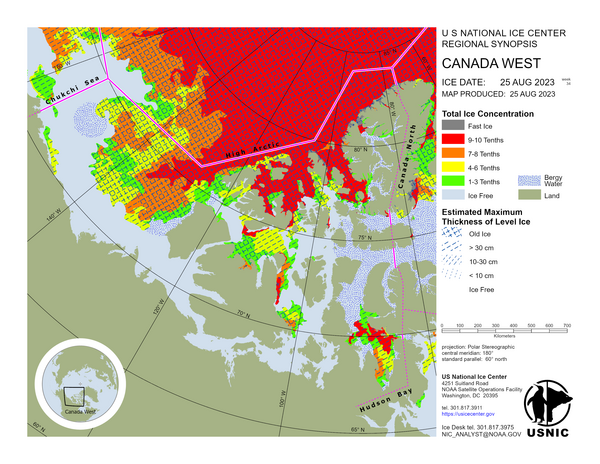 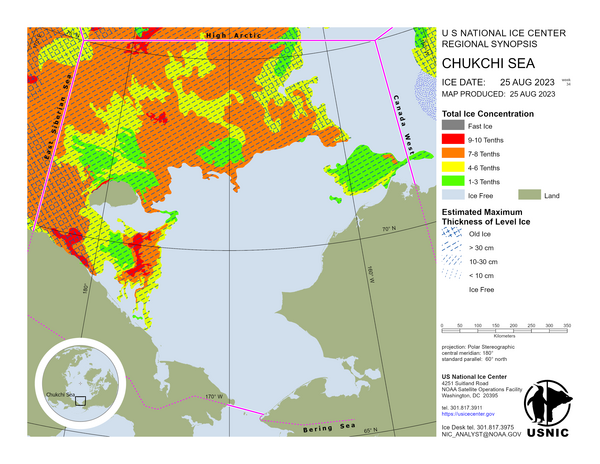 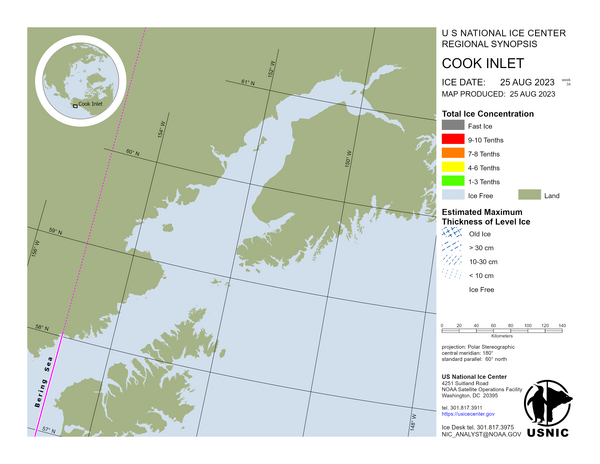 New and young ice has formed in the northern portions of the Cook inlet, and along protected coastal bays along the western shore. 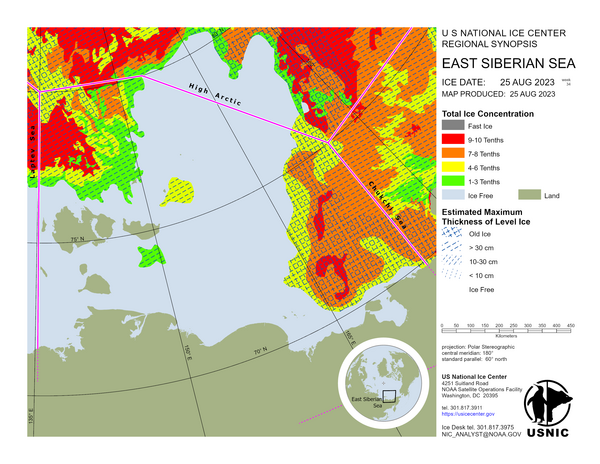 East Siberian Sea continues to freeze with areas of fast ice developing around New Siberian Islands and all along the Russian coast. 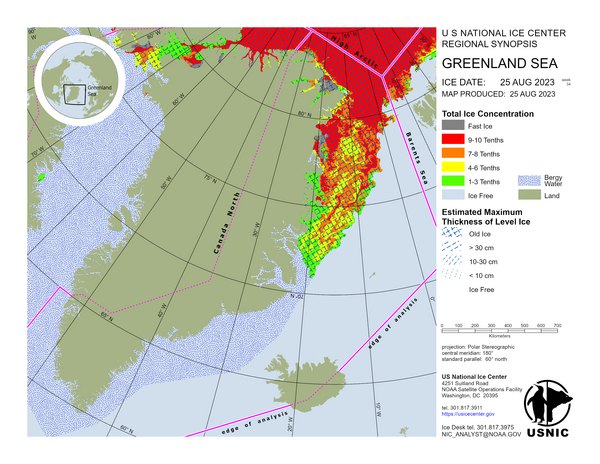 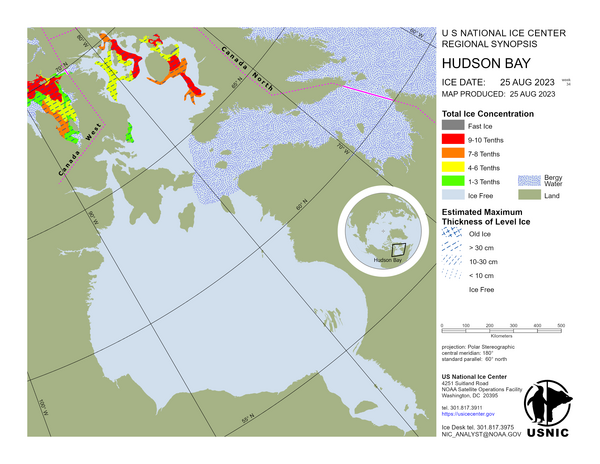 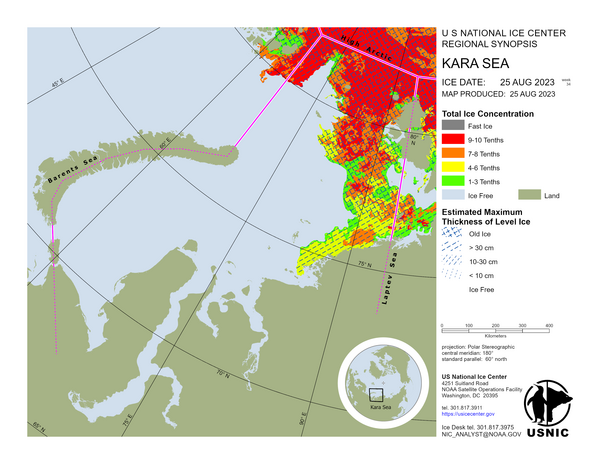 The ice edge grew anywhere from 30-70NM throughout the entire Kara Sea due to temperatures dropping to about -20°C in the past two weeks. This temperature drop helped new and young ice to form and first year ice to grow from the young ice. 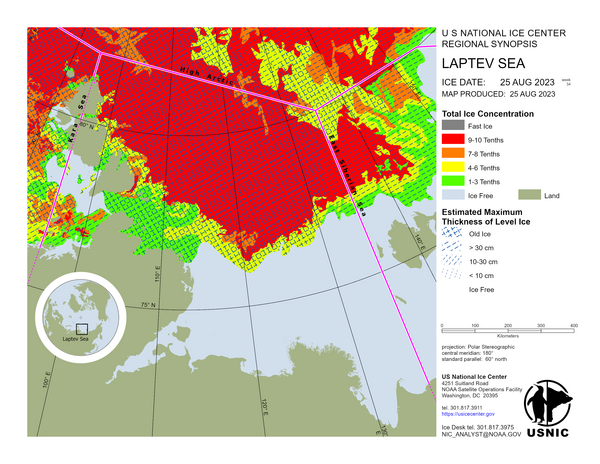 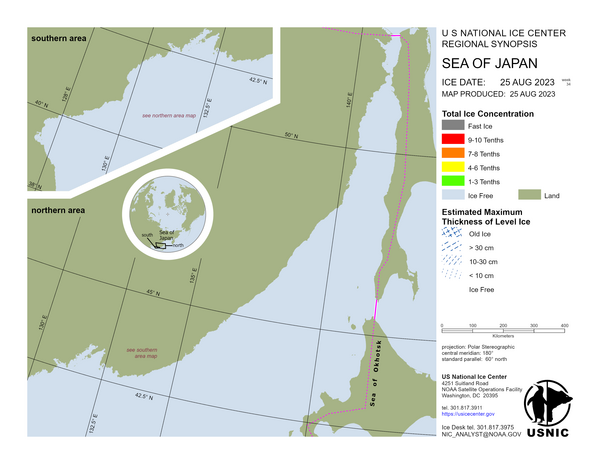 Sea ice was first observed in the Tatar Strait around 08NOV and became 80-100% ice covered by 14NOV with new and young ice. 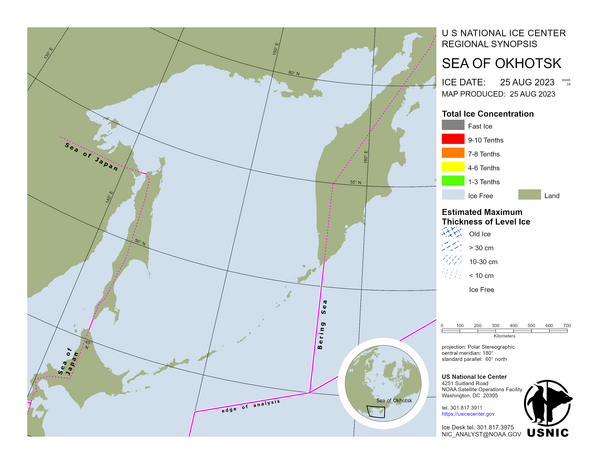 Ice has developed in the Tartar Strait around 08NOV and became 80-100% ice covered by 14NOV with new and young ice. Ice also started forming along the Russian coast. Ice in the Northern Shelikhov Gulf has thickened to first year ice in the northern most tip where ice has been present for a few weeks now. 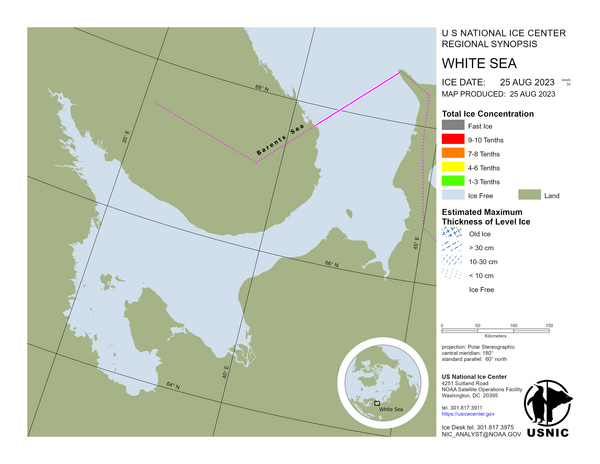 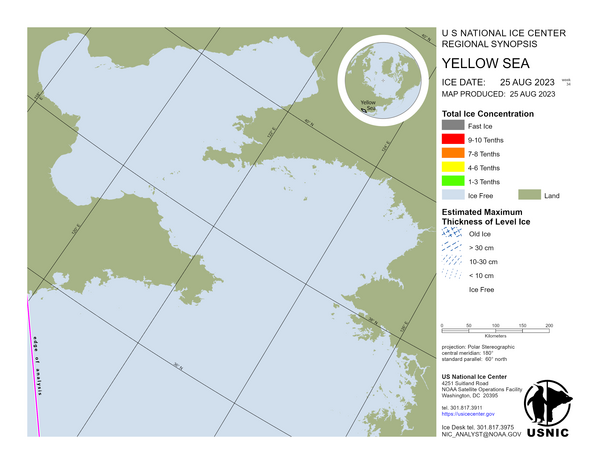